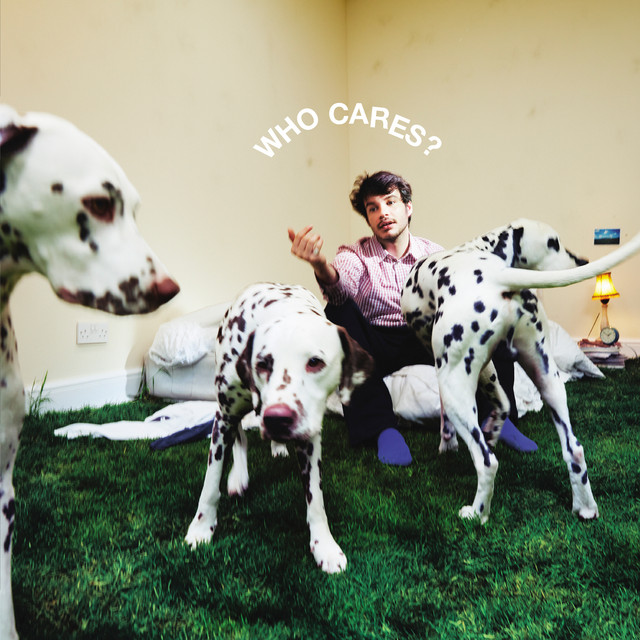 The 23-year-old English artist’s first and most popular album, Apricot Princess, was released in 2017, launching his career. O’Connor’s music style is alternative/indie, which has become popular in recent years.

The tracks on this album display melodies that could be described as dreamy, depressive, acoustic, and calming.

Multi-instrumentalist O’Connor uses violins, guitars, drums, and pianos in this album. A mixture of orchestra and pop is introduced to create self-assuring feelings. There are often upbeat piano chords playing and then stringed instruments add a swell of emotion to the message of the lyrics.

WHO CARES? is an important album for many because it goes more into depth than the artist’s other three albums. The lyrics of the eleven tracks summarize identity, yearning, helping normalize negative emotions, and self-love. Although the album might be a bit emotional for some, the indie-pop style is still present.

Track number one “KEEP IT UP” starts the album off on a bittersweet note, assuring you to keep going in life. “But every now and then when I try, I say keep it up and go on,” and, “It’s enough, it’s enough,” are lyrics that convey that no matter how you feel, you should keep moving forward and not give up.

“7AM” is the seventh track on WHO CARES?. The song on the surface seems to be talking about forgetting to shut the blinds before going to bed, but in reality it is projecting a message about stressing while trying to deal with self-discovery. Lyrics that portray this message include, “I really wanna prove myself today, but what if I’m hopeless and dependent?”

Song number three on the new album features popular hip-hop/rap artist Tyler The Creator. The 3:38 long track “OPEN A WINDOW” is about finding a way to get out of a relationship. He sings, “Stuck here and I never seem to get away, but I’ll hang on” to describe his dilemma when trying to leave a relationship that should be over.

The new album is important and appreciated by the underground-indie listeners and the growing artist. Since WHO CARES? was released, Rex Orange County now has 14 million monthly listeners on his Spotify platform. I highly recommend that you listen to the meaningful album and enjoy the emotions that come with it. 10/10.

A few months prior, on January 28, he announced a tour for the not-yet released album to feature all 11 tracks of the album. The tour is expected to be in North America, U.K., and Ireland. The tour started on May 4 in Miami, Florida. Now that the album is out, fans can expect a roller-coaster of emotions on the tour.