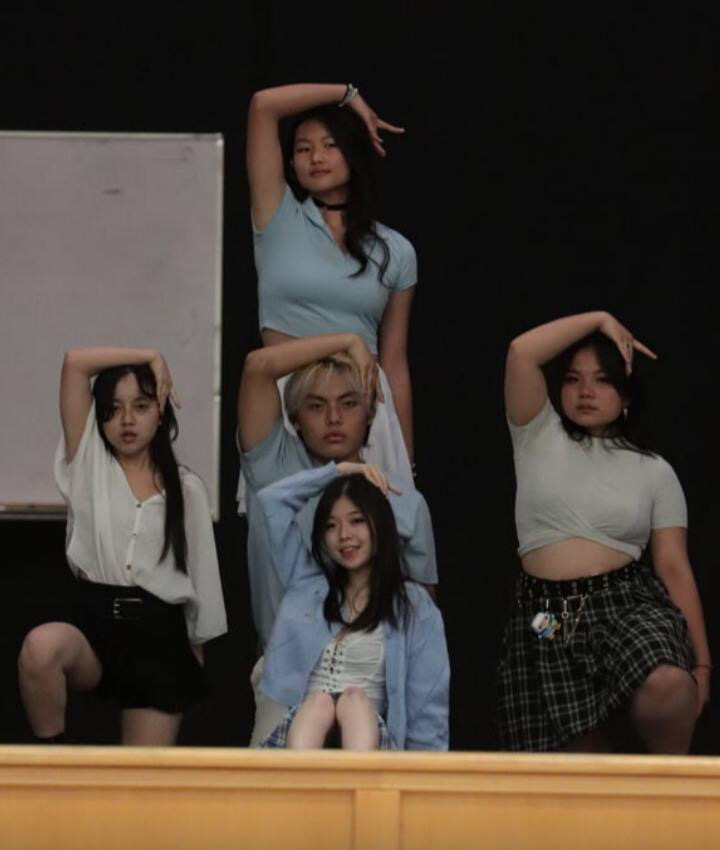 Mainstream pop music from South Korea also known as K-pop is an international phenomenon. With catchy music, fun choreography, and a devoted fanbase, K-pop has resonated with millions of people worldwide.

One of K-pop’s first top hits to break through to the United States is Psy’s “Gangnam Style” which sparked global success in 2012, being the first video to surpass 1 billion views on YouTube.

Along with Psy, many other K-pop artists have impacted the world of K-pop such as BTS, Blackpink, EXO, Twice, and much more.

The fandoms of these artists expand all around the world, including here at Hoover High School. At Lunch, every Monday and Friday in Room 24, is Hoover’s very own K-Club.

The club was created to welcome anyone who shares the same interests in K-pop and is looking to make new friends.

Junior vice-president, Hannah Kiang, says, “I want to see a big group of people who love K-pop enjoy music together.”

Kiang makes it clear that the club itself focuses on building connections while having fun. She hopes more people will join for the experience.

Secretary, Gao Her, expresses, “Everyone is completely different and has different groups that they like, yet we still share the same interests. The best part about being in this club is that no one is judging you.”

They aim to create a safe, positive space where no one judges anyone no matter who they are and where they come from.

Long-time member of the club, Natali Thao, adds, “I actually enjoy how everyone here is pretty nice and how everyone is working together on how to dance, do fun activities, and talk about Korean pop culture. This is a little place I can call home.”

When they meet, the group often practices various dances from K-pop music videos, discusses updates about K-pop idols, and do activities. Many members hope to perform for our school and spread joy while doing so.

Like many other musical genres, K-pop is music that impacts countless lives. People find comfort, happiness, sadness, and many other emotions in the music they listen to.

K-pop itself goes beyond language barriers, which is why it is loved by millions worldwide. It ultimately proves that messages through music can still be delivered no matter the situation.

To many people, K-pop artists became an inspiration not only because of their music but their character and dedication.

For example, Natali Thao shares that her inspiration is K-pop soloist, IU. Thao explains, “She inspires me because of the songs she writes, the way she is, just her in general.” She happily continues to describe how IU creates music that many people can relate to.

Gao Her reveals, “The group that really inspires me is BTS. Their music and how they are, makes me feel like I should become a better version of myself.”

Music impacts people in many ways. How they may present and see themselves, how they feel, and overall influence their decisions in life.

Members of the club want to encourage anyone that is interested not to be ashamed of the music they like to listen to and join the club.