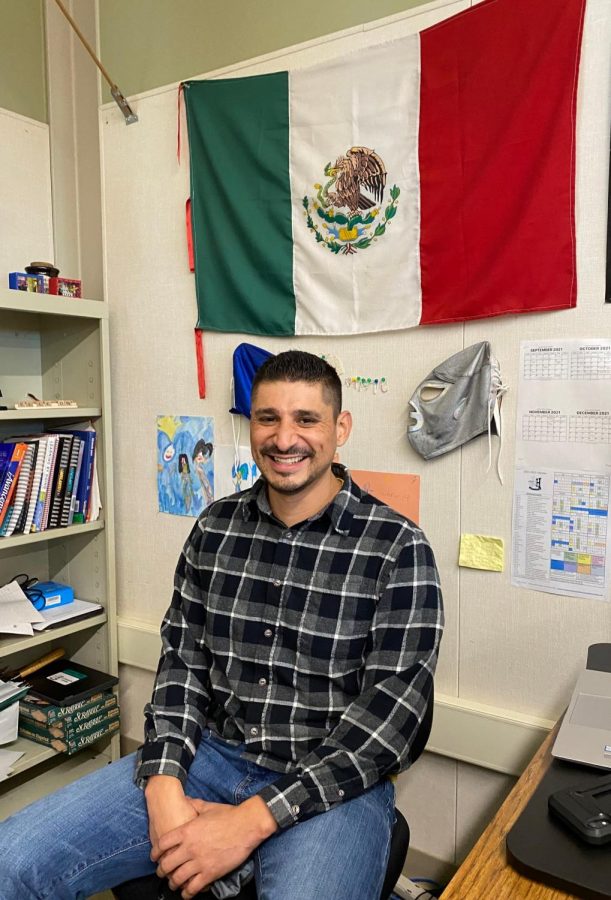 When Mr. Rosales was a young student, he was well known with his teachers for being a troublemaker.

“From kindergarten to high school, they used to call my parents, my grandmother every day. I was a problem child,” Mr. Rosales confessed.

He did not usually pay much attention in school as it wasn’t something he was interested in. Many people doubted Mr.Rosales’ potential due to his bad decisions. He often got into fights, hit his classmates, broke his classmates’ school work, and ditched school.

Once he entered high school, Mr. Rosales’ life started to change. He realized that bad decisions were affecting his future.

Mr. Rosales shared, “I had a high school teacher in my class on morals and values, and that teacher spoke to us differently, and it changed a lot [of] the way I saw things because it was more realistic and spoke to us as adults.”

“If I wasn’t prepared, I didn’t have the tools needed, then what was I going to do?” Mr. Rosales asked hypothetically.

Mr. Rosales was born in Santa Barbara but grew up in Mexico City and therefore knows how difficult it is to adapt to a new living environment. After studying in Mexico for the first 18 years of his life, Mr. Rosales then entered Allan Hancock Community College. He later transferred to Fresno State University.

Once he finished his degree, Mr. Rosales took the difficulties of his past as motivation to help more people see their potential and show them that nothing is impossible when you really want to achieve things.

Mr. Rosales asserted, “You don’t have to be smart; you have to be constant.”

Today Mr. Rosales has proudly been a teacher for eight years and has taught at schools such as Fresno State, Clovis Community College, Selma Adult School, Sanger, Clovis, and Hoover High School. He is currently a Spanish teacher in the Janet Ryan building in room 108, and one of his greatest goals is helping students to achieve better academic development.

“I like being a teacher because I can teach students something that will help them in their lives,” shared Mr. Rosales.

Mr. Rosales shows that there is no bad life, but only bad times. He also demonstrates that we must take full advantage of every opportunity. As he explains, many students do not fully make use of the opportunities that school provides them such as sports, clubs, library resources, and etc.

“Be different and worry about yourself. We all have limited time, so you have to take advantage of it,” he advises.

Living his own beliefs, not only is Mr. Rosales a dedicated teacher, but he is also a great athlete. He practices all kinds of sports, but especially enjoys running, soccer, and basketball. “I am a very competitive person,” he stated.