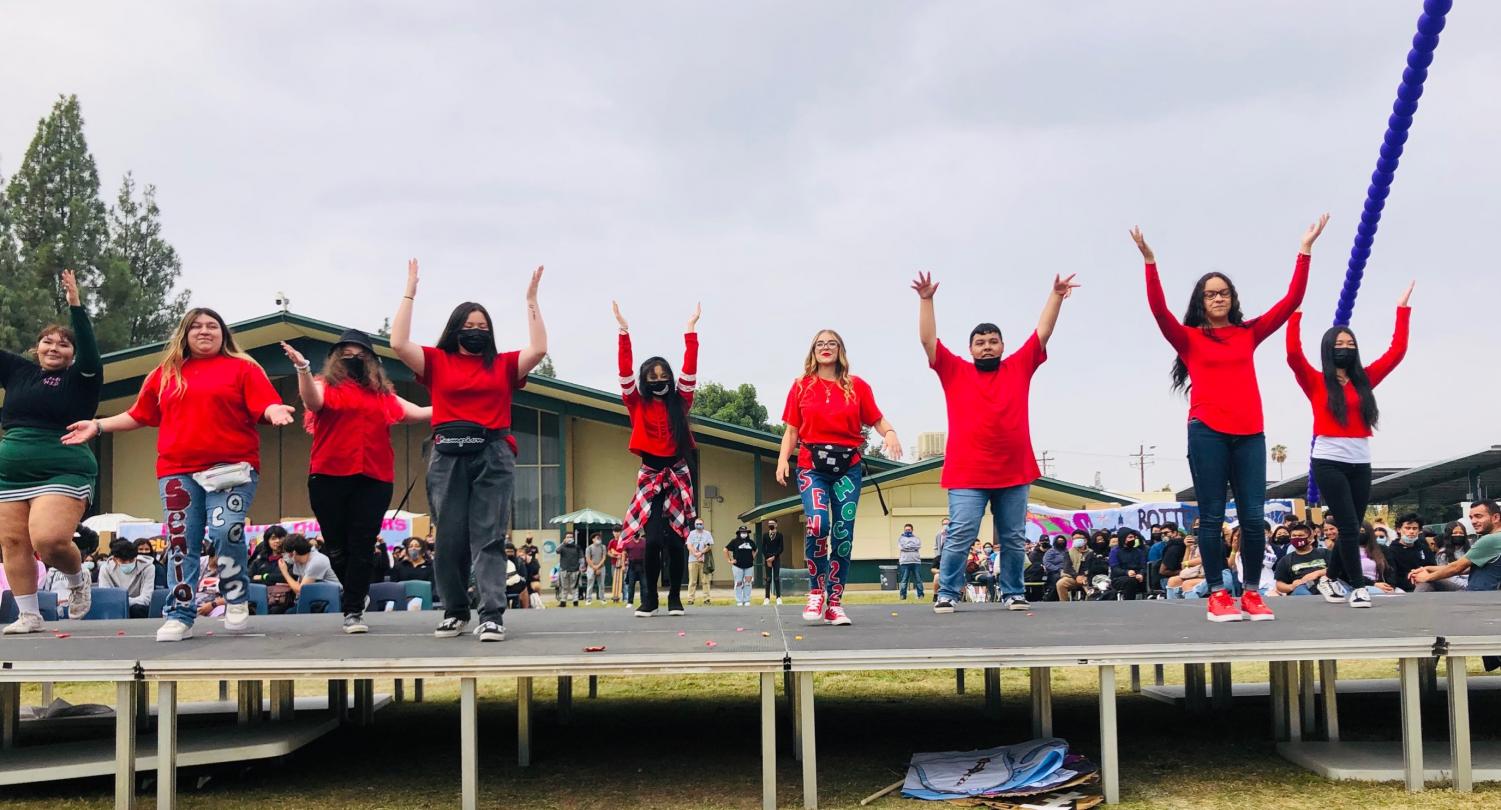 Seniors dance to songs from High School Musical at the Homecoming Rally.

Seniors dance to songs from High School Musical at the Homecoming Rally.

Hoover held its first homecoming rally since quarantine on Friday, October 22nd in sprinkling rain. Hosts Faith Vang, 12th grade, and Katherine Cooper, 10th grade, showed their school spirit as they led the crowd in games and class chants.
The rally got off to a good start with a performance from the marching band. The band was in tune, and the percussion line was in sync with an incredible solo from Angel R. Diaz.
Each class performed a group dance to a theme of kids show or movies from the 2000’s. The senior’s theme was High School Musical and ended with a dance to “We’re All in This Together.” The juniors created a performance based on the movie Clueless while the sophomores delighted the crowd with a routine about the movie Descendants. A large group of freshmen all dressed in pink wowed the crowd with in sync moves and flips related to their theme from the iCarly show.
Throughout the rally there were three games. For the game “Mama Bird,” each class ran up random objects to a teacher. In the second rally, P.E. teachers Ashley Chavira and Dara Johnson argued over which class brought up the items first. Inspired by the show iCarly, brave blindfolded contestants had to speed eat spaghetti tacos. The freshman class won in both rallies. 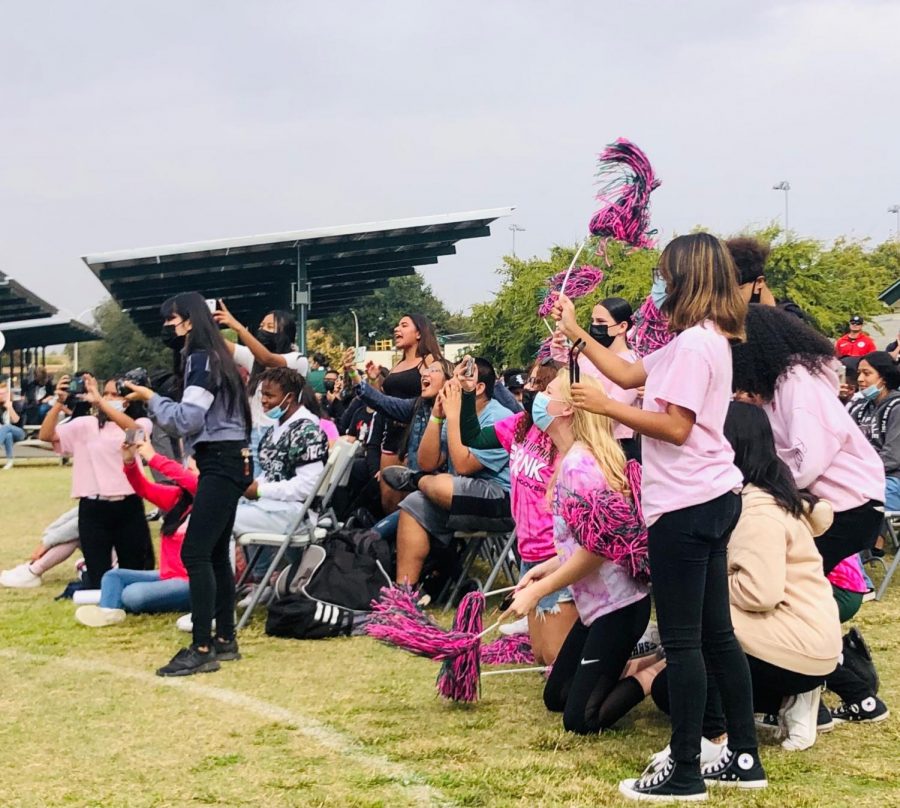 A game called “Finish the Lyrics” required each class to sing the lyrics when the DJ paused four well known songs. Teachers joined in as well, with Justin Kenyon waving his arms and pumping up the sophomores. The cheerleaders amazed the audience with a well-rehearsed dance arrangement. The flyers did many stunts including a front flip and a toe.
A class competition closed out the rally. Students stood up, carried one another on each other’s shoulders, and sometimes stood on top of or carried chairs as they belted out their class chants.
The drizzling rain seemed to do nothing to dampen the spirits of the students as they were able to celebrate together.