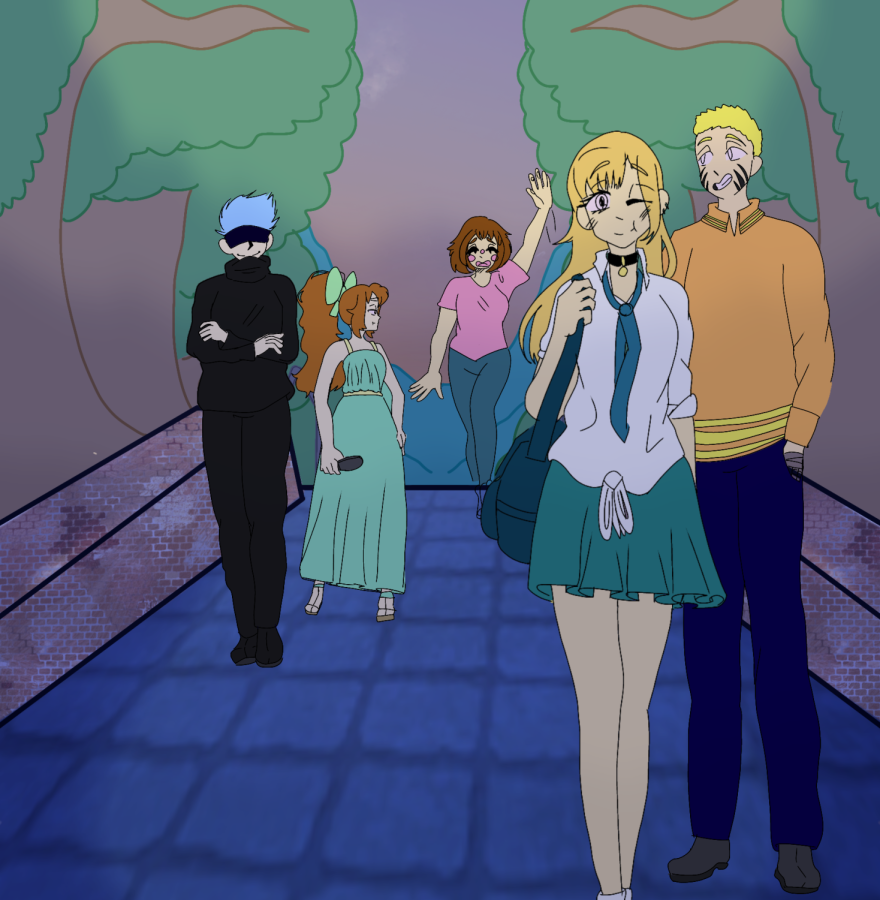 The Rise of Anime

With the hit series, Attack on Titan slowly approaching its end and the announcement of another installment of Demon Slayer in the making, the anime community is currently undergoing one of the most popular stages of its lifetime. Yet, these milestones beg the question, is anime getting too popular?

Anime is any form of animation created from Japan. However, the subject has evolved to touch a variety of medias, allowing it to grow. What started off as a small subculture niche has transformed into a massive media that is known globally. There are a handful of developments that have revolutionized the way people view anime.

Video streaming has had a major impact on the popularization of anime. Services like Netflix, Hulu, and Crunchyroll have eliminated the need for limited TV broadcasting times and replaced them with instantaneous, on-demand video at an affordable price.

When these corporations began adding anime to their subscriptions, the availability of the media touched a variety of curious audiences. Netflix, one of the largest streaming services reported that, “In the past year, over 100 million households around the world chose to watch at least one anime title on Netflix, growing by 50% year-over-year.” In other words, more and more people are choosing to watch anime.

These successful statistics are also pushing big streaming corporations to include anime into their massive libraries, which opens the availability of anime to a wider audience, making the media even more popular.

Over the pandemic, there was also a boom of social media platforms such as TikTok promoting anime trends. From filters and voice overs to memes and cosplay, more teens are becoming accustomed to seeing anime content in their social media feeds. This serves to change the conception that people once thought about anime: it being an outcasted interest. TikTok served as a key steppingstone for anime’s boost in popularity.

At Hoover, teachers and students have a variety of views on anime. Miss Vue is the advisor for Hoover’s Anime Club. Ever since she was little, anime was always her cartoon on the side. Some of her favorites include Fruits Basket, Naruto, and Jujutsu Kaisen.

Miss Vue explained, “When my siblings were younger, they would bring…the DVDs and have them brought from the store, rent it out, and watch it together as a family.”

Miss Vue expounded, “It’s definitely booming in the industry, so much that they need to hire more people for the animation series.” This is especially true as she explained how series like Demon Slayer cost tens of thousands of dollars to animate a single episode.

The popularity of anime means that a wave of fans are constantly demanding new content. “There are so many fanbases out there that are voting for these new seasons,” continued Miss Vang.

With such a high cost of production, this leads to an issue of supply and demand which puts intense pressure and stress on animation studios that are cranking out series left and right.

One animator from MAPPA Studios, the producers of Attack on Titan, exposed the “factory-like” conditions of the company. As a result, animators in Japan are overworked. However, Miss Vue also pointed out how anime can inspire individuals.

“In anime, they have really good morals for young people, and it helps students develop emotional support. They can watch a movie and reflect on it or relate to a show to understand empathy,” she shared.

Such values are represented in the subgenre Shonen anime, series that teach valuable themes and are oriented towards younger audiences. Shows like Naruto, One Piece, and Dragon Ball focus on never giving up and doing what’s right; with these themes they provide younger audiences with important life lessons.

Another perspective comes from Hun K., a current member of the Hoover Anime Club who has been a fan of anime, “for as long as way back in elementary.”

In contrast to the high acceptance of anime today, in its early years, many people looked at anime as a subculture that was considered fringe and uncool. Back in the 90’s and early 2000’s, anime was rarely known mainstream.

Hun explained, “I was very open and wild; I was the weird kid.”

Many longtime fans can identify with how others thought of anime as, “weird and bizarre.” Seeing how popular Anime has become now, some old fans are perplexed.

Moreover, some long-term fans recognize that the rapid growth of anime in such a short time is not always a benefit.

Junior Singzheu C. stated, “With something becoming so popular so quickly, toxicity is inevitable.”

Things rise as fast as they fall, and in the anime community, there have been various incidents that have damaged the perception of anime. From the gruesome murders of YouTuber Mr. Anime to heated debates in the My Hero Academia fanbase, anime has also hit some rocky bumps in its path.

Ultimately, there are many different views on the mass rise of anime.

Hun K explained, “There’s pros and cons to it.”

From one side, there’s the overworked animators and toxic communities. On the other hand, there is the massive rise of a diverse culture that has the power to unite and influence a wide range of audiences. As Singzheu C. attested, “With every good thing, there’s always a bad thing.”

Though there have been some bumps along the road, anime has made a large cultural impact and is not going anywhere anytime soon.