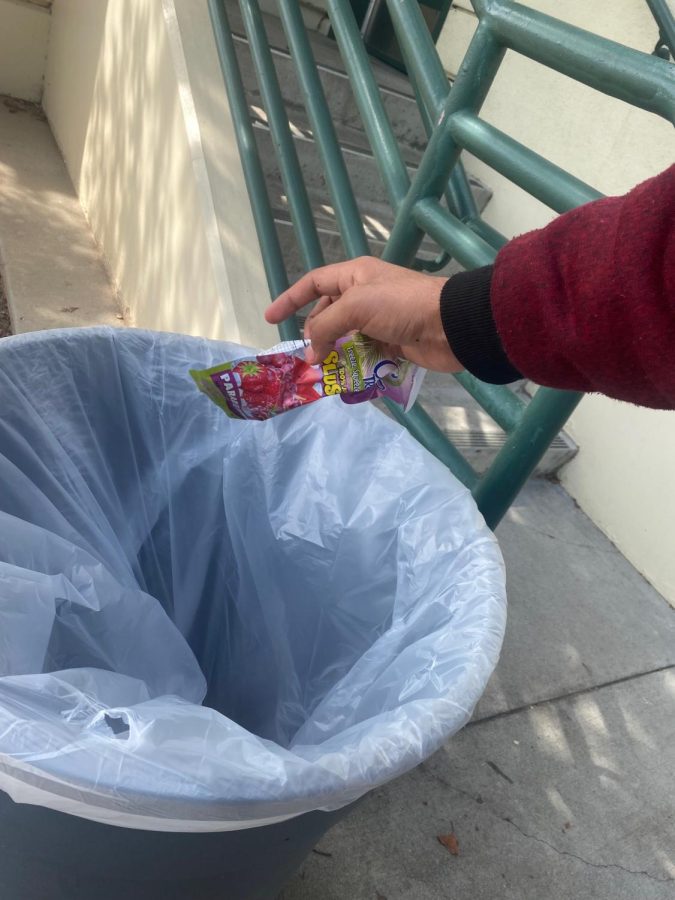 Here at Hoover High, there are adults and students who are working to implement changes on campus regarding recycling and trash pick-up.  Student Voice, Eco Tech Pathway, CTE, Marine Biology students, the Ocean Plastic Pollution Project Team, our custodial team, AP statistics students, and our admin are all involved in working to raise awareness about pollution on campus.

Every month, the Student Voice Committee meets to discuss various topics. One topic that was reoccurring in every meeting was the recycling issue here on campus. The idea was taken and suggested to the Eco-Pathway and science teachers. They’re passionate about this work and making a difference on campus for the remainder of the year.

The students voiced, “Why are we not recycling? Why are recycles being put with the trash and being thrown away? Why aren’t we dividing it?” With this, a commitment was made about recycling and trash on Hoover’s campus.

Many teachers on campus felt similarly, including Mrs. Orozco, who teaches Marine Biology.

Mrs. Orozco shared, “On campus this has been a thing we’ve been wanting to do for a really long time, but it was too big of a problem to tackle with just one teacher trying.”

One element students and teachers are looking at is the amount of plastic versus non-plastic pollution. Because plastics aren’t bio-degradable, they cause big problems to our environment such as ocean pollution and harm to animals. In addition, burning plastic releases pollution into the atmosphere.

“We as humans need to make a change. Trash ends up in the storm drains, in our water, gets into our rivers, gets out into the ocean, and it becomes a problem. Our trash needs to be put into the trashcans where it’s dealt with professionals where it’s burned, decomposed or recycled,” argued Mrs. Orozco.

The initial pre-data collection regarding trash on Hoover’s campus was for five days from March 18th – March 25th. Students collected pre-data before they raised awareness on campus. The data showed the number of pieces of trash on campus every day. Within the five days students collected 49.09% plastic trash and 50.91% non-plastic.

Also, there was a class meeting on March 28th in 4th period letting everyone on campus know what is happening and the changes that are going to be made.  Every classroom will have a small blue recycle bin for plastic bottles, glass bottles, and aluminum cans. There will also be a cardboard box to recycle printer paper and binder paper.

Outside of classrooms there will be large blue recycling bins partnered with large grey trash bins. Eco-Pathway students will be coming into classrooms every Friday to pick up the bottles and cans from the blue bin. 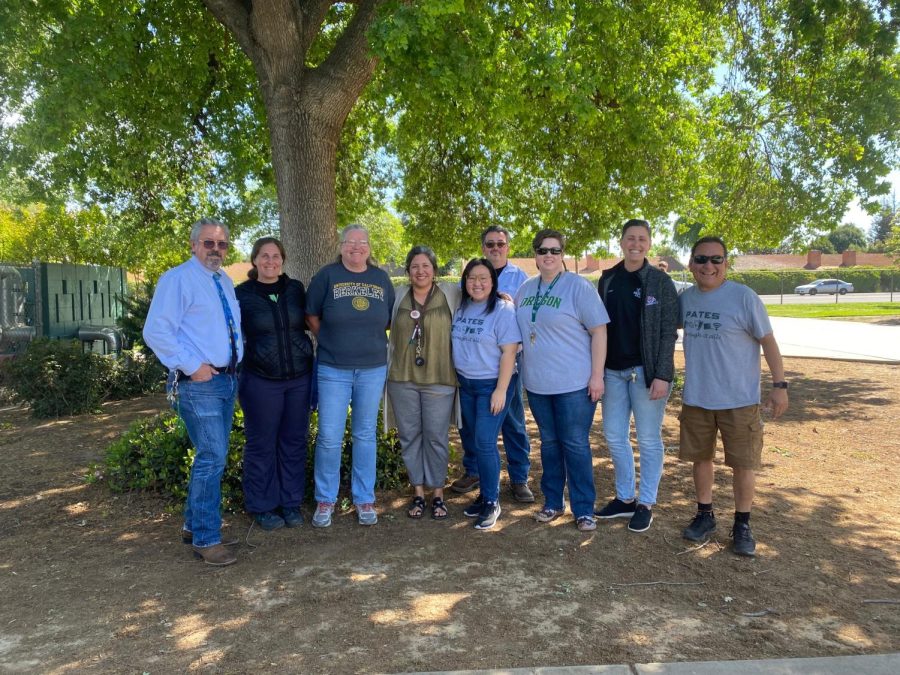 Over the next few months, there will also be follow-up activities on campus to raise awareness. Fun activities will be taking place in the quad during Recycle Kick off week. The Eco Tech Pathway and Marine Biology students will be creating Public Service Announcement Posters to put up around the quad to advocate for the recycling issue. Marine Biology students will continue to randomly collect trash each week to compile data.

A follow-up class meeting will be held on April 25th to share out the Hoover trash collection data. There will be a class competition between all grade levels using the Litterati app. For this class competition every grade level will collect trash in or out of school, upload a picture using the app, it’ll be recorded to Mrs. Orozco. At the end of the week which ever grade level picked up the most trash wins. Litterati is the leading data science platform solving the world’s litter and waste problems. With the app, you take a picture of a piece of trash. Litterati then tells you what the trash is made of: metal, plastic, paper, or other materials. Through the next class meeting, students and teachers are encouraging students to keep both Hoover’s campus and the community they live in clean.

We as humans need to make a change. Trash ends up in the storm drains, in our water, gets into our rivers, gets out into the ocean, and it becomes a problem. Our trash needs to be put into the trashcans where it’s dealt with professionals where it’s burned, decomposed or recycled.”

Post data collection is scheduled for five days, May 2nd– May 6th. Teachers and students are hopeful this data will provide evidence of the change made on Hoover’s campus regarding recycling and trash. At the Ocean Plastic Pollution Summit on May 21st, science teachers Tamara Orozco, Shannon Creviston, and Kimberly Paniagua will be presenting the students’ “Plastic Pollution Awareness at Hoover High School Project” at the Monterey Bay Aquarium.